Chef’s Cupboard Hawaiian Stuffing Mix is back for 2021! Look for it in Aldi stores beginning the first week in November!

I was recently part of a seminar where this question was asked as an ice breaker: “What is your favorite Thanksgiving side dish?” While there were a few outliers, the winner was a toss-up between the stuffing (which some called dressing), and sweet potato casserole.

While the centerpiece of any Thanksgiving feast is the perfectly browned turkey, I’ve always been more of a side dish girl myself. And the stuffing (which I guess we should call dressing, since we don’t stuff it in the bird at my house), is one of my faves. 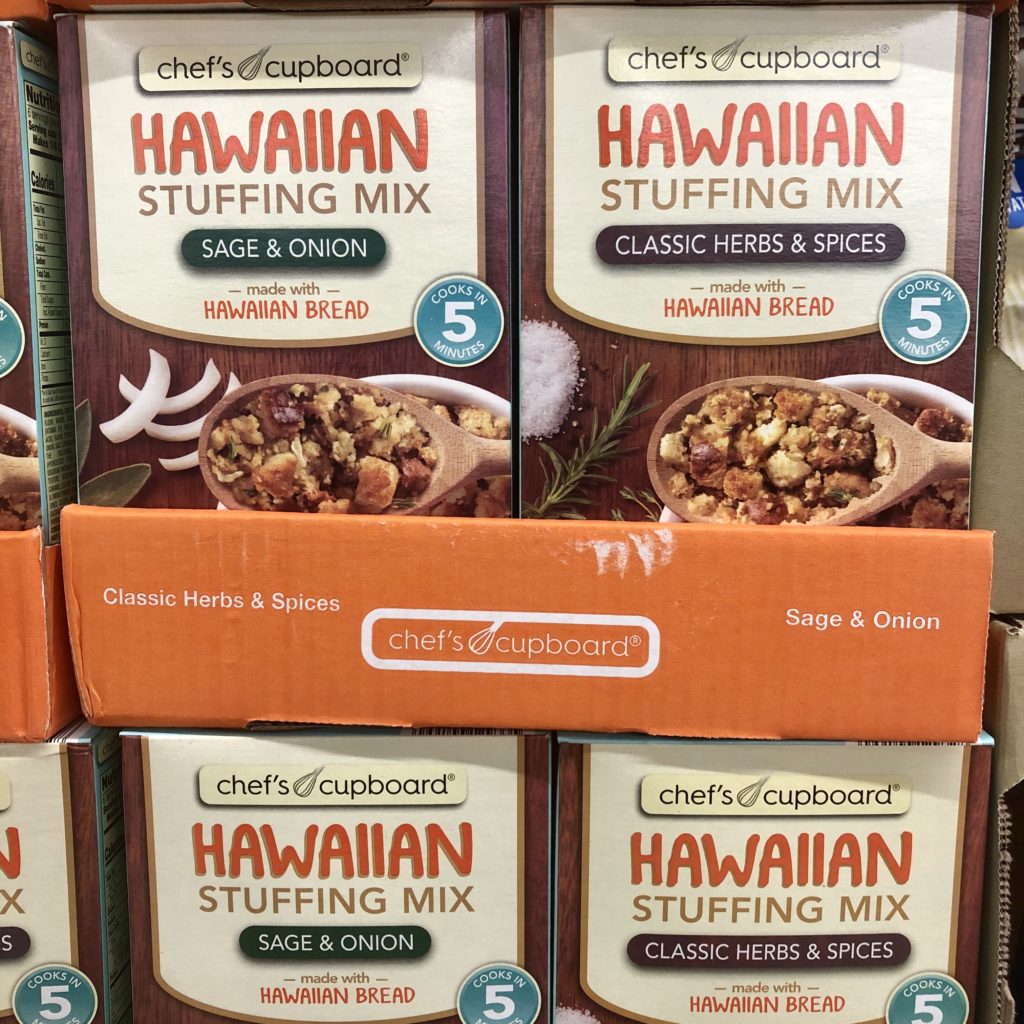 People have a lot of opinions about what goes into the perfect stuffing. Some use whatever leftover bread they have on hand, while others search for the perfect loaf of French, Italian or Sourdough bread. And then there are those who insist that their stuffing must be made with cornbread.

But, Aldi. Aldi has us all beat. Because this stuffing is made with Hawaiian Bread. 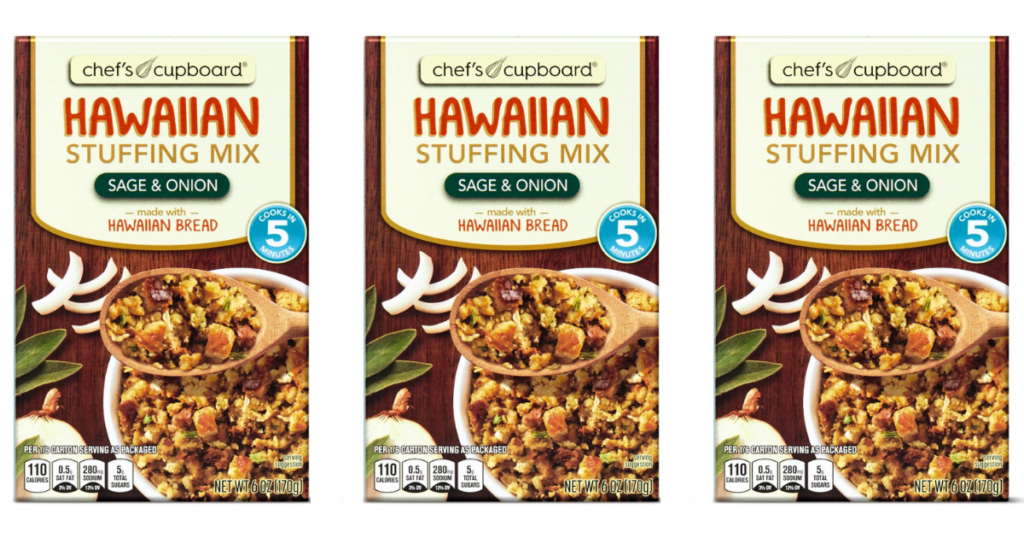 I first spotted this Hawaiian Stuffing Mix at Aldi during the holiday season in 2018. I’m not sure if that was the first year it was available, or just the first year I noticed it. So, I bought one box.

You prepare this stuffing in the same way you make other boxed stuffing mixes — bring water and a little butter to a boil, stir in the contents of the box, and let sit until softened. The box says “Ready in 5 Minutes,” and that is a bit misleading. It takes about 10-12 minutes to prepare this stuffing if you count the time it takes to boil the water. It still makes it a quick, no-fuss side dish. 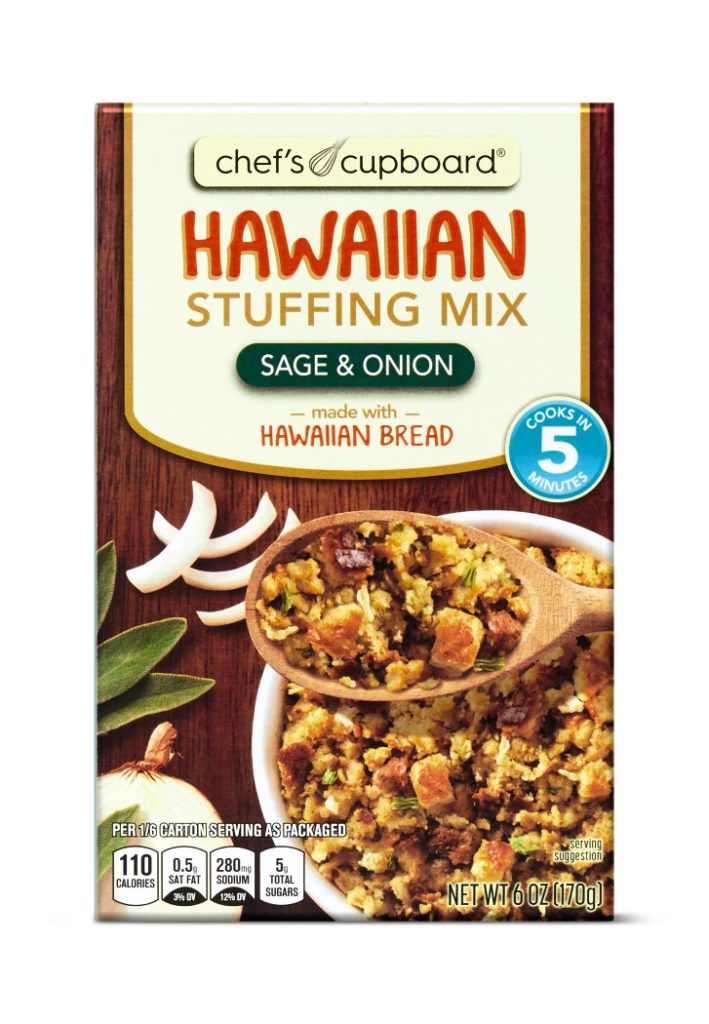 My family absolutely loved this stuffing. It has the sweet taste of Hawaiian bread, combined with enough herbs and spices to make it extremely flavorful. My husband immediately wanted more, and, of course, like many Aldi Finds, there was no more to be had. That’s why I bought several boxes to stock up when it began appearing in stores in 2019.

While my Thanksgiving tradition typically includes a more homemade version of stuffing, this boxed mix is a great, easy side dish for other meals throughout the year, and for favorites like chicken and stuffing casserole. It is priced just under $1 per box, which makes it a very affordable convenience food.

Have you tried Chef’s Cupboard Hawaiian Stuffing Mix? What do you think?