Costco and Walmart are two of the largest retail corporations in the world. So, it’s easy to wonder if and how these companies are affiliated with each other. As the largest company in the world, does Walmart actually own Costco? Keep reading to find out! 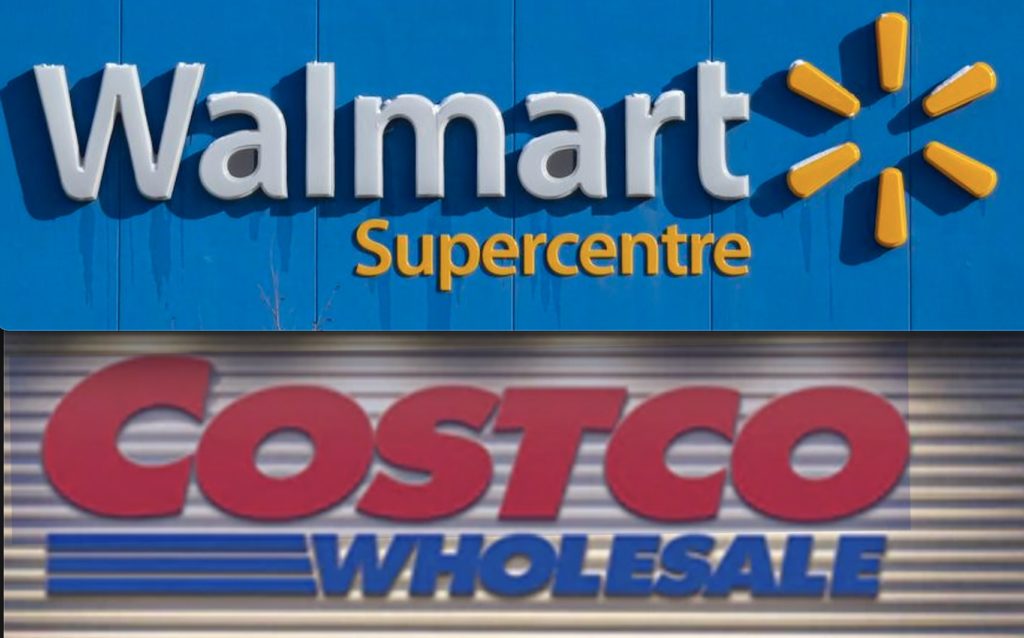 Despite being two large big box stores, Costco and Walmart are not affiliated in any way. Both companies are multinational corporations, and neither are owned by a larger parent company.

Costco is a publicly traded American wholesale corporation officially known as Costco Wholesale Inc. The company is owned by its shareholders.

As for Costco’s history, the company got its start in the early 1980s when founders Jim Sinegal and Jeffrey H. Brotman opened the first Costco Warehouse location in Seattle, Washington. From the start, Costco has been a grocery wholesaler, and Brotman even got his start in the industry as a grocery bagger prior to owning Costco.

With warehouse locations in 12 countries worldwide, Costco has a significant global presence that just seems to keep growing.

What Companies Does Walmart Own?

As the largest and most profitable retailer in the world, it might not come as a big surprise that Walmart owns quite a few other subsidiary companies and brands. But did you know that Walmart owns over 20 different stores and retailers, including their own Walmart subsidiaries?

Prior to its sudden end in June 2020, the former e-commerce site Jet.com was also owned by Walmart.

Is Costco Cheaper Than Walmart?

While Costco does offer impressively low wholesale prices on many desirable items, they still tend to be a bit slightly more expensive than Walmart. In yearly studies that examine prices of major retailers, Walmart almost always prevails as the retailer offering the lowest prices across the board.

However, the margin of difference between Costco and Walmart is often very small, and on some items, Costco even comes out on top. So, if you’re trying to decide between shopping at Costco and Walmart, it’s worth examining other factors, because the prices are often fairly comparable.

Some of the benefits of shopping at Costco instead of Walmart include:

Costco and Sam’s Club have many things in common, but they also have a few major differences.

Here are some similarities between the two wholesale suppliers:

Some of the major differences between the two stores include:

Is Costco owned by China?

No. Costco is an American company headquartered in Issaquah, WA, and owned by its shareholders.

Costco is owned by the Costco Wholesale Corporation, and the company’s current CEO is Craig Jelinek.

Is Costco in all 50 states?

No. Maine, Rhode Island, West Virginia, and Wyoming do not have Costco locations as of 2022.

No. The only place Costco gift cards can be purchased is at Costco.

Is Walmart bigger than Costco?

Yes. Walmart Supercenters tend to be somewhat larger than Costco Warehouse locations. Also, as the long-standing largest retailer in the world, the Walmart corporation is a much larger company than Costco.

Who is Costco affiliated with?

Costco is not affiliated with any other companies. However, the Kirkland Signature brand, which is sometimes thought of as its own independent company, is actually the store brand of Costco.

There you have it. Costco is not owned by or affiliated with Walmart in any way, aside from being one of the company’s major competitors. Walmart and Costco both rank among the top 5 largest retail corporations in the world.

Costco is its own parent company, owned by the Costco Wholesale Corporation and publicly traded on the American stock exchange.

How Does The Coin Machine At Walmart Work? (+Cost)

How Much Does It Cost To Rent A Carpet Cleaner At Walmart?

Who Owns Walmart? (Is Walmart Owned By China?)