Some links in this post may be affiliate links. This means if you click on a link and purchase an item, we may receive a commission at no extra cost to you.

Aldi Trader Joe’s – Does Aldi own Trader Joe’s? Get the real answer here and learn about the connection between the two stores.

You might have heard that Aldi owns Trader Joe’s, but we’re here to spill the truth.

While Trader Joe’s and Aldi are both fantastic low-cost grocery chains in the United States, they are NOT owned by the same company and operations are completely separate.

As shoppers of both Aldi and Trader Joe’s, we can see the similarities between the stores’ private label products, packaging and specialty items, especially when it comes to affordable wine, chocolate and cheese. This alone could make someone think they are connected.

For example, we’ve noticed that both Aldi and Trader Joe’s carry uncured Black Forest Bacon. This is not an item that you find at a typical grocery store.

At Aldi, the Black Forest Bacon is a specialty product that shows up briefly a few times a year for $3.99 package – Trader Joe’s carries it year-round for $5.99.

Even though we know the companies have no affiliation, we’re curious to know how the chains source the products they sell. Is it just a coincidence? There is definitely some overlap.

How did the Aldi Trader Joe’s rumor begin?

As far as the Aldi Trader Joe’s rumor, it started because of Karl and Theo Albrecht, brothers from Essen, Germany that grew their mother’s local grocery to a chain of more than 300 discount food stores by 1960. The chain ultimately became Aldi – a shortened version of Albrecht and Discount.

The brothers had a falling out over the sale of cigarettes in their stores and eventually, the company was split into Aldi Sud (south) and Aldi Nord (north). Karl took Aldi Sud and Theo owned Aldi Nord.

Both companies expanded and in 1976 Aldi Sud opened the first Aldi in the United States. Private ownership by Aldi Sud remains to this day. This is why you can’t buy Aldi stock.

In 1979, Aldi Nord acquired all the Trader Joe’s in the United States, though they continue to operate independently.

To be honest, the history of Aldi is quite confusing as technically the same family owns both chains, but as far as operations go, Aldi U.S. and Trader Joe’s have no joint ownership.

OTHER FAQS QUESTIONS ABOUT ALDI

Feel free to contact us at hello@aisleofshame.com with questions, comments or partnerships. We love hearing from other Aldi fans! 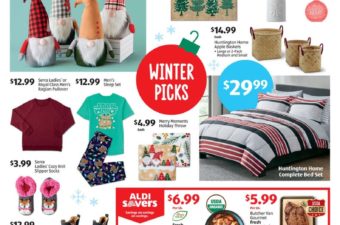 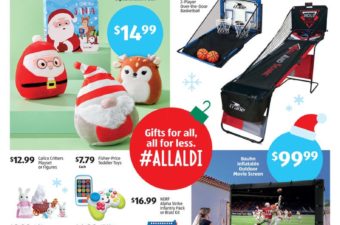 Aisle of Shame is a participant in the Amazon Services LLC Associates Program, an affiliate advertising program designed to provide a means for sites to earn advertising fees by advertising and linking to Amazon.com

Aisle of Shame is not affiliated with Aldi in any way, nor do we work for Aldi. We are not paid by Aldi or receive free goods or services from Aldi. All opinions are our own. Please see our Privacy Policy.