If you’re a new Sam’s Club employee or you’re considering applying for a job there, then you might be wondering what you’ll be expected to wear to work. Here, we’ll go over all the ins and outs of the Sam’s Club general dress code as of 2022.

We’ll include info on clothing, hair, piercings, and more to give you a full guide to how to dress at Sam’s Club . Keep reading! 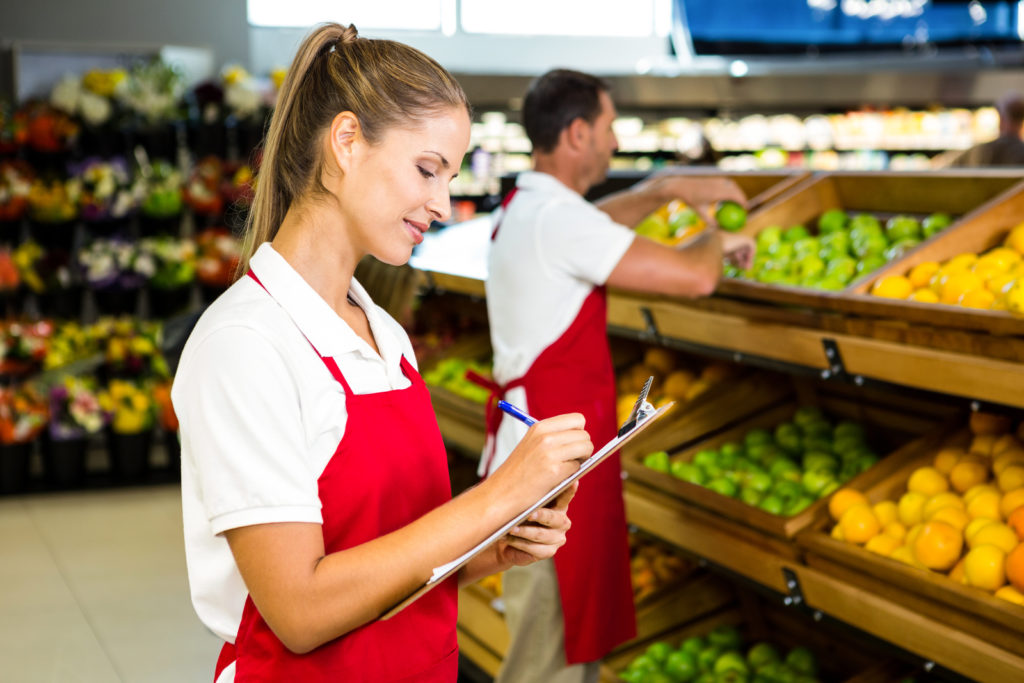 Depending on who you ask, the Sam’s Club dress code can seem anywhere from lax to fairly strict. Overall, we have found that Sam’s Club has a fairly relaxed dress code, but it might not appear that way at first glance.

Let’s get into the specifics.

There is an official dress code at Sam’s Club, but how much it gets enforced depends a lot on location, staff, management, etc. Sam’s Club does not, however, provide an employee uniform.

It’s honestly hard to know exactly what the policy is because Sam’s Club doesn’t share their employee documents with the public. So, we had to do some digging.

One Reddit user shared this photo in 2021 detailing the Sam’s Club dress code:

The first thing to know is that all Sam’s Club employees are required to wear either a Sam’s Club vest or apron as well as an employee name tag while working. These things are provided to each employee upon being hired. The rest of the clothes you wear to work will need to come from your own wardrobe, as Sam’s Club does not provide uniforms to its employees.

Based on what we found, these are the basic dress code regulations when it comes to getting dressed for a day of work at Sam’s Club, including restrictions.

No clothing worn while working at Sam’s Club should display offensive images or lewdness.

How Strict Is The Sam’s Club Dress Code?

Now that we’ve gone over all of the formal rules, we’ll let you in on a secret… The Sam’s Club dress code is infamously unenforced.

According to this Reddit thread, even after Sam’s Club redistributed information on their dress code policy in 2021, stores continued to not enforce the policy. Here’s another thread from 2020 that conveys basically the same idea, saying that many employees wear hoodies and enjoy a lot of freedom in the dress code at Sam’s Club.

So, according to actual Sam’s Club employees, things like graphic tees, hoodies, patterns, etc. are totally fine and won’t land you in any trouble.

This, of course, depends on location, and if you’re a new employee, then it’s probably best to feel out the management style at your store before you take any big risks with the dress code.

Consequences for violating the dress code will vary by location and are determined by the management at each store.

But the bottom line is, compared to their competitors (including Walmart), Sam’s Club has a super flexible employee dress code that allows employees freedom to express themselves within reason.

How Should You Dress For An Interview At Sam’s Club?

Figuring out what to wear to a job interview can be a bit stressful. You want to look professional, but you also don’t want to look like you’re trying too hard, right?

Here are some good rules to follow when deciding what to wear to a job interview at Sam’s Club:

Beyond thinking about what you’re going to wear, it’s also important to remember that how you carry yourself is even more important during a job interview than what you’re wearing. Make sure to focus on your communication skills and lead with a firm handshake.

Does Sam’s Club Have A Dress Code For Customers?

Despite being a members-only store, Sam’s Club does not have a dress code for its customers. Thank goodness! That would be pretty weird, right?

Does Sam’s club have a special dress code for food associates?

Food service workers are generally expected to adhere to a slightly stricter dress code than cashiers and other employees. For example, food workers in the Sam’s Club Cafe should remove all rings, nail polish, and acrylic or gel nails while working. Employees with beards may also be asked to wear beard nets while preparing food. Other things like food service gloves are also expected, but these will be provided by the workplace.

The reason cafe employees are held to a different dress code is that the couple of minor differences involved can drastically reduce the spread of germs between cafe workers and onto customers.

Do Sam’s club and Walmart employees have the same dress code?

Not exactly. While you can certainly wear the same types of clothing to work at both places, Walmart (the parent company of Sam’s Club) has a more specific set of expectations for their employees. Walmart employees are generally expected to wear either a blue or white shirt and a pair of blue jeans to work. The Sam’s Club dress code is much more lenient.

Are piercings allowed at Sam’s club?

Technically, Sam’s Club only allows a single piercing in each ear. However, many Sam’s Club employees have piercings (including facial piercings) and report having no issue at all. If you’re wondering how your local Sam’s Club feels about piercings, it’s best to ask to speak to the store’s manager directly to find out.

According to a few Reddit users on this 2021 thread, Sam’s Club updated their policy recently to allow piercings. However, we weren’t able to confirm this through Sam’s Club directly.

This depends on which part of the store you work in. If you’re working as a cashier or on the sales floor, then chances are you won’t be told to remove your nail polish. But if you’re working in food prep or service, then you will probably be asked to remove your nail polish or acrylic nails. Any positions that involve lifting, stocking, or loading will also likely require that acrylic nails be removed for safety reasons.

When it comes to company dress codes, Sam’s Club has a pretty lenient policy. Even though it might look strict on paper, the majority of Sam’s Club locations don’t enforce their dress code at all beyond expecting that their employees dress appropriately at work. Things like facial piercings, hoodies, and graphic tees are permitted at most stores despite being technically restricted by the official policy.

If you’re wondering about the enforcement of the dress code at your local Sam’s Club, it’s best to talk to the manager to find out exactly what they expect from their employees.

What Does Sam’s Club Tire Service Include?