Some recent rumors circulating online have created a bit of confusion around the topic of Walmart’s ownership. You might have heard that Walmart is being sold to a Chinese corporation, or that Walmart is transferring their business headquarters to China. But is any of this actually true? Keep reading to find out. 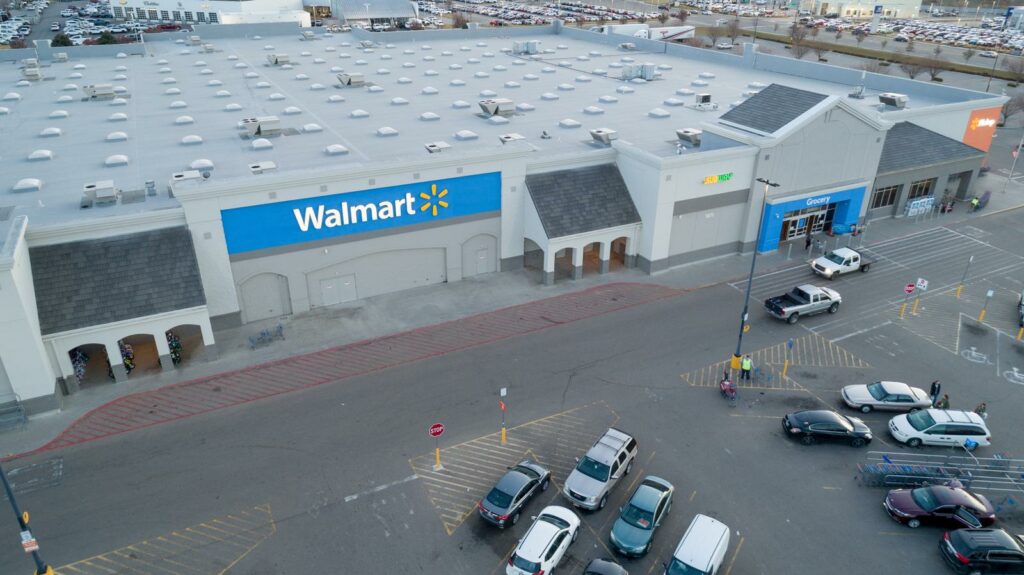 Who Owns The Majority Of Walmart?

Despite being a publicly traded company, Walmart is primarily owned by its founding family, the Waltons. Through their holding company Walton Enterprises as well as through the individual holdings of family members, the Walton family owns over 50% of the Walmart Corporation.

The man who founded the Walmart company, which would eventually go on to become the largest retailer in the world, was Sam Walton. Prior to opening the first official Wal-Mart store in 1962, Walton operated a store called Walton’s Five and Dime in Bentonville, Arkansas, which now operates as the Walmart Museum.

Who Owns The Other 50% Of Walmart?

Walmart has been a publicly traded company for over fifty years, first debuting on the stock exchange in October 1970.

Is Walmart Owned By China?

Despite some mysterious rumors circulating online, Walmart is not owned by a Chinese company. Of course, it’s very possible and likely that some of Walmart’s individual shareholders are from China, but this does not make Walmart a Chinese company.

Walmart is a US-owned company by a large margin.

Can You Find Walmart In China?

As is true for most countries in the world, China is home to many Walmart stores. In fact, Walmart currently has 425 retail locations in China alone, with the first store introduced in 1996.

Is Walmart Expanding In China?

Walmart is becoming increasingly popular in China, one of the world’s largest and wealthiest nations. As a result, Walmart has continued to expand its market there, opening more Walmart and Sam’s Club stores every year.

Does China Make Products For Walmart?

It probably won’t come as much of a surprise that many of the products sold at Walmart are produced in China.

According to AmericanManufacturing.org, somewhere between 70% and 80% of products available at Walmart are made in China.

As the largest company in the world for eight years running (yes–bigger than Amazon), Walmart has an impressive number of retail locations across the globe. In fact, there are well over 10,000 Walmart stores across the globe in over 40 countries.

In the US alone, Walmart has close to 5,000 retail locations under several different banners, including Walmart and Sam’s Club. Walmart stores can be found in all 50 states as of 2022.

Walmart is a massive company that wears many different hats. As a result, not all Walmart-owned stores boast the Walmart logo above their doors. Walmart also owns Sam’s Club as well as dozens of online retailers operating across the globe.

Who owns Regal Nails in Walmart?

It’s unclear. Quy Ton is the CEO, and each Regal Nails location is independently owned by individual franchise owners.

Value Village is separate from the Walmart Corporation and is owned by a company called TVI Inc.

The Walton family continues to own and operate the Walmart Corporation even after the founder’s death.

Walmart is a publicly traded company, but the majority of Walmart’s stocks are owned by American investors.

Despite the rumors, Walmart is definitely still an American-owned company. In fact, the family that founded the company continues to operate and own it by a majority. Walmart is, however, a publicly traded company, so it is technically owned collectively by its shareholders, including the Walton Family, the Vanguard Group, as well as many individual shareholders across the world. Some of these shareholders likely live in China, but Walmart is not a Chinese company.

Are Dogs Allowed In Walmart?

Are AirPods At Walmart Real? (+Cost)