The first thing to know is that Target does not advertise any information about their loss prevention policy online. This likely helps to prevent people from taking advantage of the policy.

So, everything we’re going to share here comes from information gathered from news sources, eye witnesses, and former Target employees. 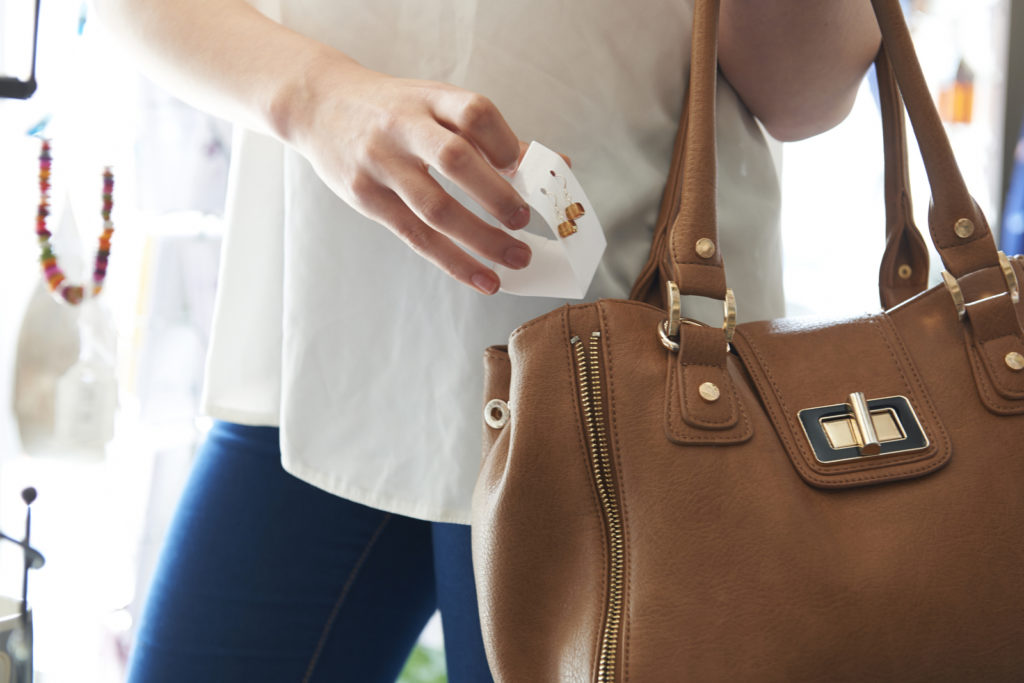 Here are some basic things to know about Target’s shoplifting policy:

Our verdict? Shoplifting from Target is not worth it!

Despite their severe shoplifting policy, Target does technically employ a no-chase policy, meaning that their loss prevention associates (or LPs, as they are sometimes referred to) are not allowed to chase shoplifters who don’t comply with questions or demands.

However, there’s a major grey area with this policy because it comes up against Target’s other policy stating that shoplifters can be detained when caught stealing. So, an LP can approach a shoplifter or suspected shoplifter and hold them if necessary, but if the suspect attempts to run away, the employee technically isn’t allowed to follow them.

We have, however, found several accounts online from witnesses stating that they have seen LPs and other Target employees chase shoplifters despite the company’s no-chase policy.

How Does Target Prevent Shoplifting?

Target has a multi-layered system in place for preventing shoplifting, including:

Target also has a reputation for tracking specific shoplifters over time and gathering evidence they can use to press felony charges. The threshold for felony shoplifting charges can range from $250 to $1000 depending on where you live.

Does Target Have Loss Prevention?

Among the major big box retailers, Target is known for being one of the toughest on shoplifters. Their loss prevention policy is considered fairly extreme, employing security cameras, undercover loss prevention security guards, and in-store facial recognition technology.

As of 2022, the average Target Assets Protection employee makes about $50k per year in Washington State.

Does Target Have Monitored Security Cameras In Store?

Target’s security camera system is known for being extremely high quality. In other words, there’s not much of a chance that any shoplifters will get off due to being unrecognizable if they’re caught on one of Target’s cameras. One former Target Assets Protection employee claims that Target’s cameras are 4K and that even the smallest details can be discerned when examining footage.

And while there doesn’t seem to be any clear information online as to whether these cameras are monitored or not, Target relies on their boots-on-the-ground loss prevention guards to catch shoplifters in the act.

Remember that even if you make it out the store with your stolen Target merchandise, this doesn’t necessarily mean that you’re in the clear. Target is infamous for building up cases against shoplifters over time, so while you might get away with it on your first five or ten tries, Target has video record of each of those instances so that at any given time, they could decide to press charges.

In most cases, Target employees can only search a suspect’s bag, pockets, etc. if the individual consents. Without compliance, there’s nothing an employee can do, even if they are a loss prevention associate.

What Happens If You Get Caught Shoplifting At Target?

If you get caught shoplifting at Target, what happens next will depend a lot on the circumstances, the store, and who catches you.

There’s no way to tell exactly what will happen, but here’s a list of things that might happen if you get caught shoplifting at Target:

According to their policy as well as state law in most cases, Target employees can only legally detain shoplifters inside the store if the individual was witnessed taking merchandise and putting it in a bag, pocket, etc.

If a shopper is suspected of shoplifting inside of a Target store, the company’s policy technically only allows Assets Protection workers to hinder suspects from exiting the store while they call law enforcement. If police officers are called onto the scene, they can legally detain the suspect.

It’s important to note, however, that many LPs do not follow these policies to the letter, and there are many accounts of shoplifters being detained by Target employees even if these circumstnaces are not met.

Does Target Press Charges For Shoplifting?

One thing is for sure: Target does not shy away from pressing charges against shoplifters.

But how much you will be expected to pay or what kind of sentence you will face depends entirely on the type of charge you receive and the state in which you live. For example, if you are charged with misdemeanor shoplifting, some states can fine you up to $5000 regardless of the value of merchandise stolen. Some states can even sentence perpetrators to jail time for misdemeanors.

If a shoplifter is charged with a felony, they can be fined up to $10,000 and/or sentenced with upwards of 1 year in prison. These examples come from Washington State law and will vary from state to state.

Not all stores keep track of individual shoplifting happens across visits or across store locations. Target, however, doesn’t mess around when it comes to loss prevention.

In fact, while this may sound like the plot to a B movie, Target actually operates its own private forensics laboratory where they track and build cases against shoplifters, in addition to assisting other crime investigations. (Yes, really.)

Can you go back to Target after shoplifting?

It depends. Target may decide to ban certain shoplifters. However, it’s possible that if a shoplifter cooperates after being caught and returns the merchandise, Target might not place a ban on that customer. In more severe cases, or if an employee is particularly strict, then a shoplifter can be banned regardless of the circumstances.

How long do you remain banned from Target if you are caught shoplifting?

This also depends. A ban can be placed for any length of time, depending on the discretion of the store’s management. In extreme cases, a shoplifter could be banned from entering all Target stores for life.

Again, this depends on the circumstances. If Target presses charges, the individual charged will be responsible for hiring their own attorney to assist with their case. If the attorney is able to strike an agreement with Target, then it’s possible that the charges could be dropped.

Does Target have face recognition?

Yes. In 2011, Target launched their in-store facial recognition technology to help catch shoplifters, as reported by The Boston Globe.

If you’ve ever considered stealing from Target, then now might be a great time to reconsider. Judging by the extensive nature of Target’s loss prevention policy, things aren’t looking too optimistic to the aspiring thieves of the world. Best to stay away, and be sure to bring your wallet with you next time to go to Target.

Can You Return Underwear At Target?

Does Target Have a Student Discount? (Percentage + Items)

Can You Combine Multiple Gift Cards at Target? (How-to)

Target Teacher Discount (Save On Classroom Essentials and More)