Aldi released Bake House Cinnamon Donut Sticks a few years back and it has become one of our favorite breakfast and dessert treats for when we’re craving something sweet!

The good news is these donut sticks are super versatile…the not-so-great news is they are only available for a limited time — so pick up a few tubes of these babies while they’re hot (AKA in Aldi stores the week of October 19th, 2022– you won’t regret it)! 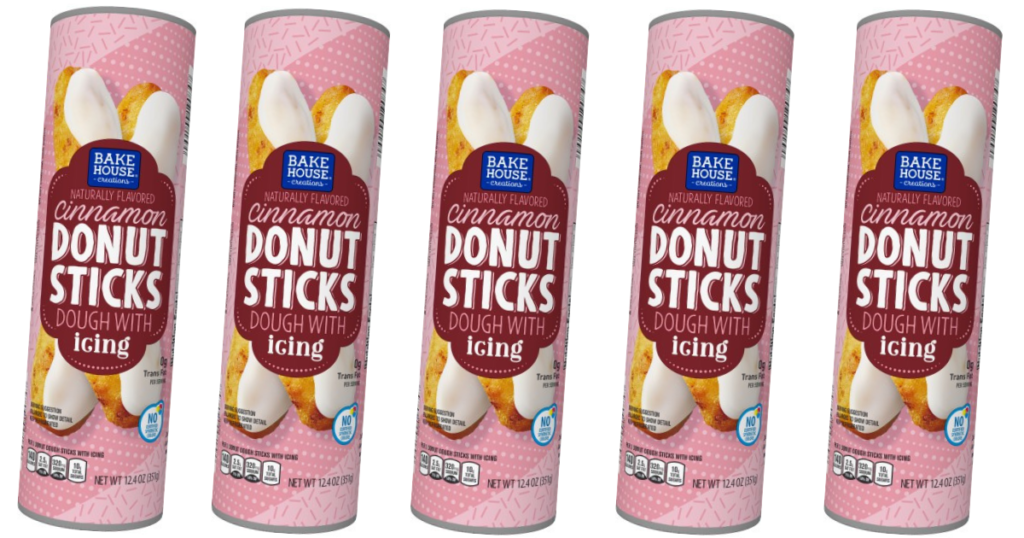 These Bake House Creation Cinnamon Donut Sticks are canned, refrigerated dough (think biscuits or crescent rolls) that you open and bake at home.

The cinnamon donut sticks include frosting that you can spread on when they are piping hot. Each can of Aldi donuts is priced at $1.99.

Per package directions, cooking is suggested on the stovetop with cooking oil, however, we have discovered the easiest way to prepare Aldi donut sticks is in the air fryer.

Members of the Aisle of Shame Facebook community have suggested putting the donut sticks in the air fryer at 360 degrees for 4-5 minutes. Then spread on the included icing and voila — a tasty donut treat in about 5 minutes!

Another fantastic suggestion we have received is to put the donut stick dough in a waffle iron until the light reads done. Top with butter or included icing for a fun breakfast treat. We also love the idea of topping with various sprinkles.

Have you tried Aldi Donut Sticks? Let us know by leaving a comment or join us for a discussion in the Aldi Aisle of Shame Facebook Group!

Pumpkin Spice Peanut Butter Exists, and We Know Where You Can Get Some

4 Valentine’s Day Candles You Need To Buy At Aldi

We’re Predicting a Dragonfly Frenzy At Aldi This Fall