Are you a sucker for vintage everything? Do you love picking up your old 35mm camera and capturing your favorite memories on film? Analogue photography is making a comeback, but a lot of retailers have stopped offering film developing services in recent years. Keep reading to find out if your local Costco still develops film. 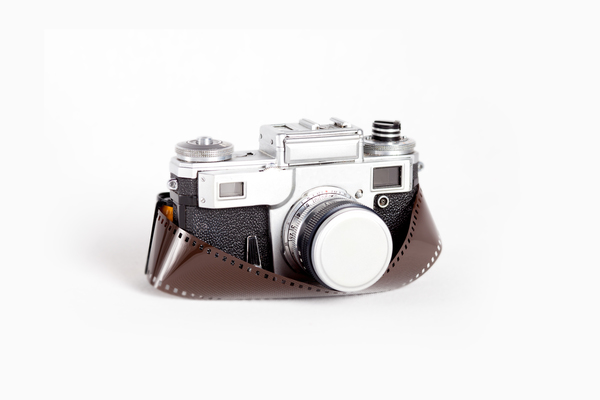 We hate to break it to you… But Costco no longer offers film developing or printing services.

While you won’t be able to get your film processed or printed at Costco, you can still take old negatives, film reels, videotapes and slide film to this retailer to have them converted into digital formats. You can learn more about this digital transfer service here.

Like many other retailers, Costco stopped offering its film processing services because as technology changes, demand has diminished significantly. Photo labs are expensive to maintain, and they also take up a lot more space than digital printing services. While the world of film photography may not be dead, it’s certainly getting harder to find.

They do, however, offer digital transfer services for film photos, reels, and more.

Where Can You Get Film Developed?

Even though Costco doesn’t offer film processing services anymore, there are still plenty of places you can go to get your film developed and printed. Some of the most popular options are CVS, Walmart, and Walgreens.

You can also find many small, independent photo labs still operating that will gladly process, develop, and print your film. The benefit of using small photo labs is that your film will most likely be processed on site. Large companies like CVS typically send film away to a separate photo lab, so losing film in transit can sometimes be a problem. Try Googling “photo labs near me” to find out if there’s an independent film lab you can support in your city!

(Bonus tip: did you know it’s possible to develop your own film? Try checking out some DIY ideas online for how to become your very own photo lab!)

How Much Does It Cost To Get Film Developed?

The price for processing one roll of film into negatives can be as low as $5 or range as high as $15 or $20 for more specialized film types.

This varies a lot depending on where you live, where you get your film processed, and also what kind of film you’re having developed.

If you are paying for prints, digital copies, etc. you could end up paying between $20 and $30 per roll of film and set of accompanying prints. Call your local photo lab to find out exactly what kind of pricing you can expect.

Wait… didn’t we just say that Costco doesn’t develop film? Yup! But they still have a vibrant online photo center that offers many other services for digital photography and videography.

Be aware that while Costco does still offer these services, they no longer offer in-person photo center services. All of these services are available online, and your products will be shipped to you at your address.

How Much Does It Cost To Print Photos At Costco?

Printing digital photos at Costco is easy and affordable. The cost per print starts at just $0.11 and will vary depending on size, style, etc. Visit the Costco Photo Center website to find out more about print pricing.

How To Print Photos At Costco Photo Center?

To use Costco’s digital photo printing services, you’ll need to create an account online and upload the photos you want printed. Simply visit the Costco Photo Center website and click the button that says “Upload” along the top navigation bar. If you aren’t logged in to your Costco account, you’ll be prompted to either log in or create an account. Once you do so, you’ll be able to upload your photos and select exactly how you’d like them to be printed. Just remember that you’ll need a valid Costco membership to use this service.

Once you’ve submitted your order, it typically takes 5 to 7 days to receive your photos. The best part is that they’ll be sent straight to your mailbox! No need to get in the car to pick up photos in person anymore. If you need your photos faster, most orders are eligible for 2-day delivery for an added cost.

Does film degrade over time?

Yes. Film starts to break down about 2 years after its manufacture date. If you have old rolls of film lying around that you’d like to have developed, just be aware that they might show signs of degradation once they’re exposed to light in the developing process.

No. Costco no longer offers developing services for any kind of film. If you have 35mm film that is already developed, you can use the Costco Photo Center to have your negatives digitized.

No. Costco no longer offers any developing services.

Is it still possible to process old film?

Yes! Getting old film developed is always worth it. Film does start to degrade over time, but it’s still worth a try to see if there are any precious memories left in those old film canisters that have been lying around. Try taking your film rolls into CVS, Walmart, or a local independent photo lab to see what happens!

It’s sad to see photo labs go, but the times are certainly changing. Costco is no longer running in the film developing game, and I think we can forgive them. With the rise of digital photography and social media, it’s no wonder that photo processing labs are struggling to survive. But that’s no reason to pack away your camera! Keep shooting because there are still plenty of places that will be happy to process your film for you.

Can You Get An Oil Change At Costco?