Nothing compares to cheesecake, am I right? Creamy, sweet, decadent, and filling, cheesecake is a unique and classic dessert perfect for any occasion or any time of year. When I was a kid, I always used to request cheesecake in lieu of regular cake on my birthday, and I still love it to this day.

Costco has many different varieties of cheesecake, both from their own Kirkland Signature brand as well as from other recognizable brand names such as Junior’s and Cheesecake Factory. 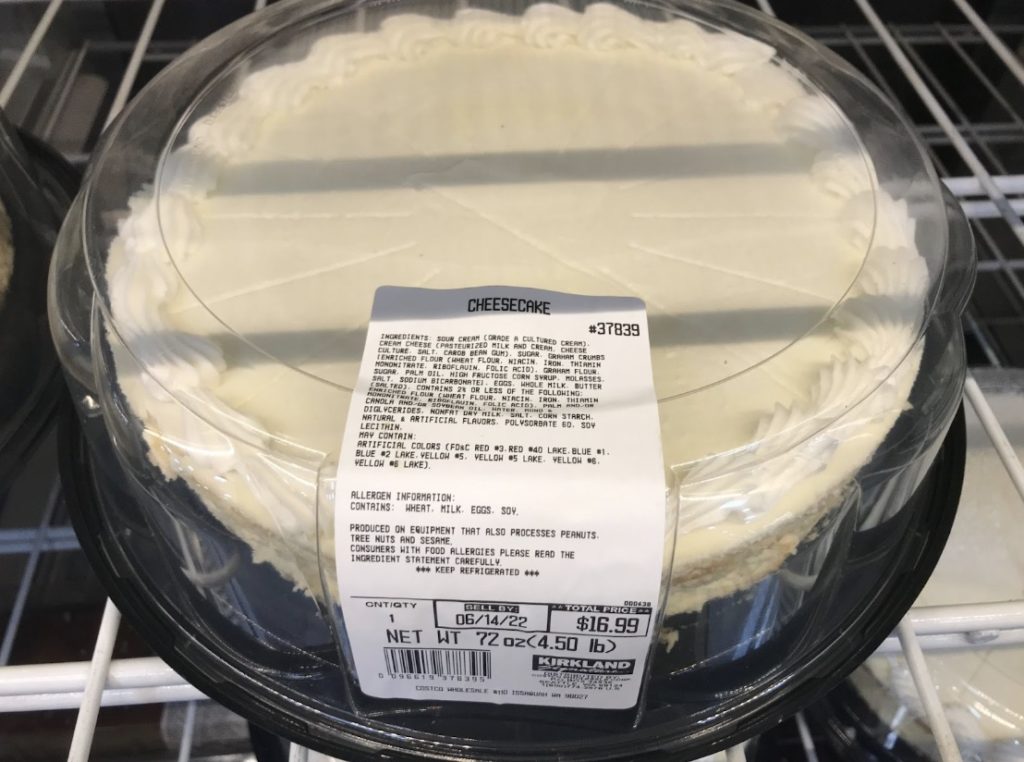 Although their inventory varies by location as well as by season, Costco stocks about ten different varieties of cheesecake in total, including:

How Much Are Costco’s Cheesecake?

Here, you’ll find a table listing the currently available prices for each of Costco’s many cheesecake varieties. Keep in mind that some of these items are seasonal, so when they become available again, prices may have changed.

Costco’s cheesecakes only seem to be available in store, with the exception of David’s Cookies Variety Cheesecakes 2 pack which can be purchased online here.

While some of Costco’s cheesecake varieties may only be available at certain times of year, they stock cheesecake in their bakery all year round.

Of course, the ingredients in each variety of Costco cheesecake will vary depending on the flavor and style of cake, but here’s a list of the basic ingredients featured in a plain Kirkland Signature cheesecake, available year round in their bakery. 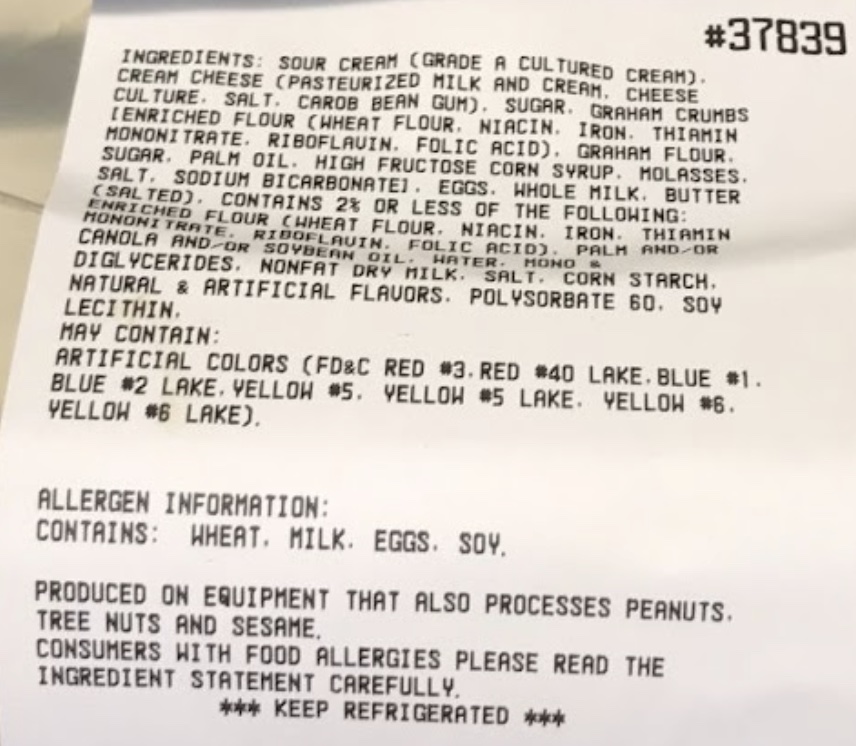 As you can see, Costco’s cheesecake is far from vegan or gluten free. It also contains soy and high fructose corn syrup, which might be deal breakers for some shoppers.

Overall, Costco Cheesecakes have great reviews, and the only real complaint is that they’re not super healthy. But if you’re willing to save these for a special occasion, then it can be a great thing to splurge on.

And some other reviews from Reddit users of Costco’s go-to plain cheesecake:

How long does Costco cheesecake last?

Cheesecake is made primarily from dairy and should be consumed within about 5 days of purchase. Costco’s cheesecakes also list a sell-by date on their packaging, which can be used as a good indicator. Cheesecakes should always be stored in the fridge to maintain freshness and prevent spoiling.

How many slices does the cheesecake serve?

Each Kirkland Signature Cheesecake is scored for 16 slices. However, these slices can be cut into smaller portions to feed more people.

Is Costco cheesecake baked or unbaked?

All Costco Cheesecakes are sold pre-baked and are ready to serve and eat (some may require thawing if frozen).

Does Costco have cheesecake bites?

I’ve already been to Costco once today, but I think I might have to drive back to buy a cheesecake! Anybody with me? Whether you’re rushing out to stock up now or keeping it in mind for your next birthday or holiday, Costco’s Cheesecake is a great go-to dessert, especially if you’re feeding a lot of people. Just ignore the ingredients list and enjoy the creamy deliciousness. Yum!

How Much Does Costco Glass Repair Cost?