Aldi is not your average grocery store, with over 2000 in the US alone and ever-growing. It is consistently rated in the top 3 grocery stores in America. Aldi is one of the fastest-growing retailers, originally set up in 1913 by the Albrecht family as a small grocery store in Germany after World War II. Aldi is now a hugely successful global brand.

In this article, we are going to discover more about Aldi, if you can get a franchise or buy stocks in the business.

So, can you get a part of the Aldi revolution?

Is Aldi a Chain or Franchise?

Aldi is a very successful chain of grocery stores with over 10,000 stores in more than 20 countries. Unfortunately, there is no Aldi franchise available as it is a privately owned family business. However, Aldi chains are opening up all over the world, with shops currently in 11 countries.

Still, there are great career opportunities with Aldi if you would like to be a part of the company, which can be found here. 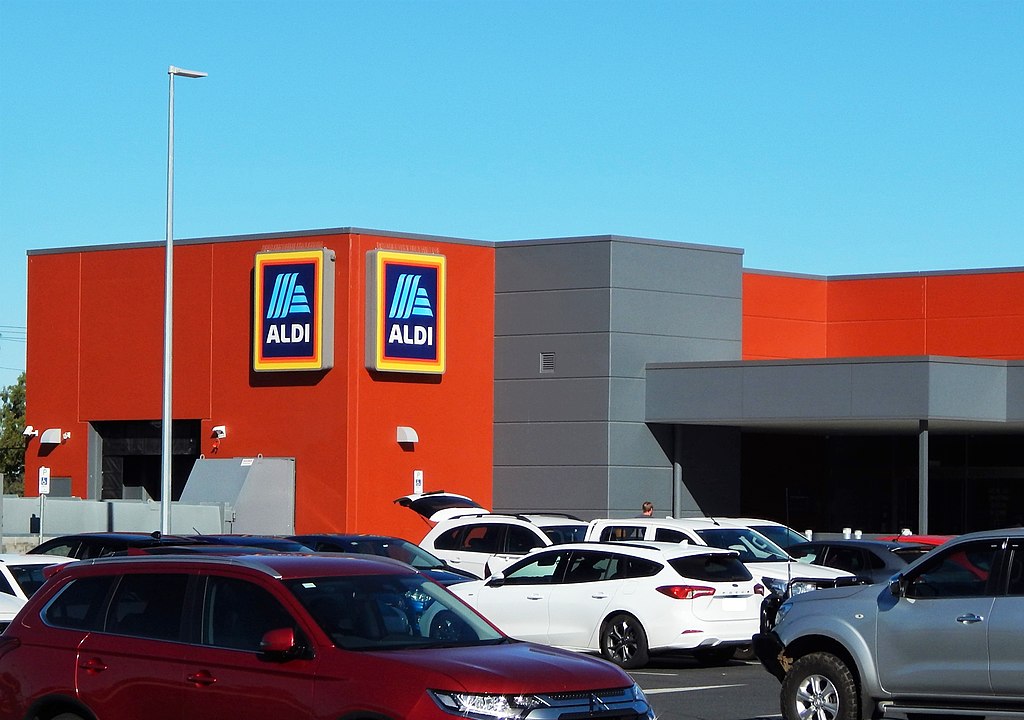 Can You Buy an Aldi Franchise?

There is no opportunity to get a franchise with Aldi at the moment, and this doesn’t look like it will change. However, there are many other supermarkets and shops that offer franchise opportunities, including Express Mart, 7 Eleven, and Grocery Outlet.

Why Aldi Doesn’t Have a Franchise Model

Aldi is a privately owned company and does not offer franchise opportunities due to a few reasons:

The business is owned and run exclusively by the Albrecht family. They don’t deviate from their business plans and keep the company private.

Run the Company How They Want

The Albrecht brothers are very private, and by owning and running the company in the way they do, they don’t have to be financially transparent like other major stores.

After one of the Albrecht brothers was kidnapped and held to ransom, the family decided to close ranks and not deal with anyone outside of the family, meaning no trading on the open market, no selling stocks, and no franchise opportunities.

How to Get an Aldi in Your Town

If you would like to have an Aldi grocery store in your town, you can visit their website here and submit your recommendation for consideration. They have specific criteria, including the square acreage, size of the parking facility, and convenience for shoppers. The location must be in regional shopping districts and inline space with 103′ frontage as a minimum.

Aldi as a brand is consistently looking to expand and is always looking for new site opportunities, so if you want convenience and low prices in your area, why not suggest a site and get an Aldi in your town?

When Was Aldi Founded?

In 1913, Anna Albrecht opened a small grocery store in Germany. She called it Albrecht Discount. It was a successful little shop for many years. In the 1940s, her two sons took over the small store and expanded to four sites.

The name came in the 1960s from shortening the original name and using the first two letters of the words. The first Aldi store was born. In the late 1960s, the brothers expanded to over 100 sites in the country, but they disagreed over whether or not to sell cigarettes.

This led to them dividing the business into the ones in the north and those in the south. They became known as Aldi Nord and Aldi Süd. Aldi Nord operates in Northern Germany, and Aldi Sud is in Southern Germany. They are still run as private companies to this day.

The Aldi group is still owned by the Albrecht family and remains a privately held company. The family is very discrete and doesn’t grant interviews. This comes after one of the Albrecht brothers was kidnapped in 1972 and held to ransom. After this trauma, the family became reclusive, so not much is known about them.

When Did Aldi Come To the US?

Aldi stores first came to the US in 1976 when they opened a store in Iowa. In 1976, the Aldi company brought a specialty store in the US called Trader Joe’s. Aldi Nord helped secure Trader Joe’s as a successful chain of stores in America. It is the only other country besides Germany that has both companies operating in it.

Aldi is known for its revolutionary business model. They are a no-frills store that focuses on quality and low prices. Aldi operates with three core values; consistency, simplicity, and responsibility.

The Albrecht family is known to be thrifty and has built the business around the idea that you can provide good quality products and low prices if you cut out the frills and advertising and rely on word of mouth rather than expensive marketing tricks.

They saved money by having simple stores that offered mostly non-perishable items and would regularly ditch items on the shelves that were slow sellers, focussing on building a range of their own products. It was one of the first self-service stores, which meant the Albrecht brothers could also save on employee costs.

This German company has always been consistent in its approach to running its stores, opting out of the normal seasonal offers and discounts in favor of keeping its prices low permanently.

Aldi pays a decent wage, more than the minimum average, to its employees to reduce employee turnover and promote efficient workers. The products they sell are around 50% cheaper than their competitors, and 90% of the stock is from their own brand line.

The business runs efficiently and successfully thanks to the cost-cutting ideas of Theo Albrecht and his brother Karl Albrecht. They have come up with strategies where the customer gets good quality and fixed prices and the workers are well looked after. This no-frills grocery chain has built its global success on these values.

Is there an Aldi Black Friday sale?

Why Do People Caw Caw in Aldi?

Aldi Shopping Cart System – How Does It Work?

Everything You Need to Know About Aldi’s Home Delivery

Does Aldi Take Credit Cards? (Fee, Cash Back and More)