Costco is known for its great deals, and car batteries are among the many things you can get at a discount from the warehouse club. But if you’re not handy under the hood, getting your new battery in place might be a challenge.

If you are wondering whether Costco will install your battery after buying, here’s all you need to know. 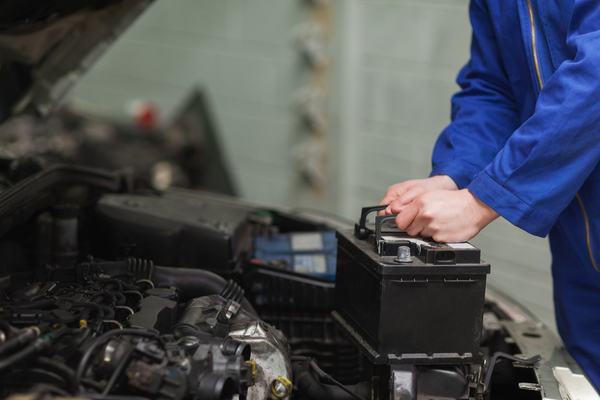 Costco doesn’t provide an installation service for the car batteries they sell. However, there are several places where you can get your new battery installed, such as Napa, AutoZone, Pep Boys, Walmart, and O’Reilly.

Since you can’t get your battery installed at Costco, below are the places to have it done for a fee.

Is Costco A Good Place To Buy Car Batteries?

Costco is one of the best places to buy a car battery. Costco always seeks to find the best value for its customers by offering their batteries at reasonable prices.

Costco sells Interstate battery brands in all their locations. You can find the batteries in the automotive section of the store, usually on the lower shelves. Since Costco doesn’t do battery installation, you’ll need to find a technician somewhere else to do it for you.

Interstate Batteries That are Available at Costco

Are Car Batteries Cheaper at Costco?

Car batteries are significantly cheaper at Costco than at other stores, including Walmart. The Interstate batteries brand sold by Costco scored high in expert testing and retail at an average price of $60-$100. This is $15-$40 cheaper compared to other retail stores.

Costco also charges a $15 core charge. However, you can waive this charge by returning an old battery to Costco for recycling.

Costco offers a free battery replacement warranty on their Interstate batteries. The warranty period differs and depends on the battery purchased.

In case of battery failure or defects within the warranty period, you can get a free replacement or partial refund. To qualify for the warranty, you need to provide documentation related to the original purchase and some other information.

The Costco Auto Program (CAP) is a car-buying service that offers both new and used vehicles at pre-negotiated wholesale prices to Costco members. You can shop at your local dealer or online and choose from over 3,000 participating dealerships nationwide using the program. A few advantages of using the CAP include:

Costco batteries come with a limited 36-month warranty depending on the model. Members can purchase these batteries without scheduling an appointment or waiting in line to get service.

While the typical lifespan of a car battery is between 4 to 6 years, it can vary widely depending on weather conditions, driving habits, and vehicle usage. Costco’s Interstate batteries enjoy positive reviews on price, quality, and customer service, as shown below.

Costco won’t install your car battery after buying from them. You can either do it yourself or take it to a mechanic for installation.

Can you buy a car battery from Costco online?

You can buy a car battery from Costco online. Costco requires you to input your car details and your zip code. Costco uses this information to find out if the battery you need is available at a store near you. If not, you can use a different zip code to search for the battery. Once you find the battery, you’ll have to pick it up at the Costco outlet.

Do you need a Costco card to buy a car battery?

You need a Costco card to buy a car battery. Costco does not sell car batteries to non-members, but you can easily purchase a membership for about $60 for the year.

Does Costco test a car battery?

Yes, Costco tests car batteries for free. You can bring your battery to the Costco Auto Center and have it examined. If your battery is faulty, you can either replace it at the auto center or return it to your local store.

Can you return car batteries to Costco?

Yes, you can return car batteries to Costco. You can return them anytime during the warranty period—usually 36 months – for a refund or replacement.

Costco takes old car batteries for recycling. When you buy a new battery at Costco, they’ll remove and recycle your old one. Additionally, Costco waives the $15 core charge when you purchase a new car battery making the battery even more affordable.

Costco doesn’t install car batteries even after buying from the store. You can only buy it from Costco and install it yourself or have the battery installed by a mechanic.

Other places you can get the battery installed at a fee include Walmart Auto Care Center, Sam’s Club, and Batteries Plus. You can also save $15 by returning your old battery when purchasing a new one at Costco.

Are Costco Hot Tubs Any Good?

Does Costco Have Promo Codes?