While they might not have the widest variety of teriyaki sauce, Trader Joe’s does carry their own unique teriyaki sauce known as Soyaki.

It’s important to note, though, that this is not a traditional teriyaki sauce.

Teriyaki sauce is typically made with soy sauce, mirin (rice wine), sugar, and sake (rice alcohol). Trader Joe’s version does not contain mirin or sake, two of the most unique traditional ingredients.

Trader Joe’s Soyaki can be found in the same aisle as their other sauces, glazes, and dips. 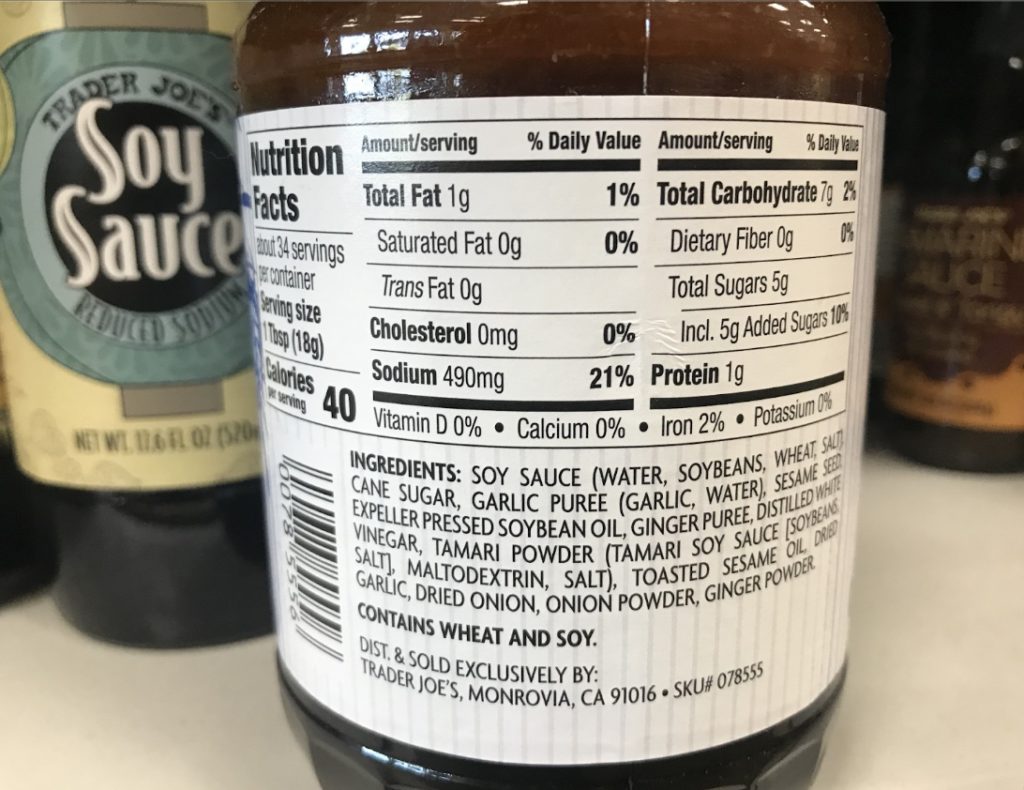 In a 1 tbsp serving of Trader Joe’s Soyaki, you will be consuming:

Soyaki sauce may be tasty, but it’s certainly not a health food. Thankfully, it’s unlikely that you’ll eat more than a serving or two of this sauce in one sitting.

Just be mindful of the sodium and sugar content.

What Can You Do With Trader Joe’s Soyaki?

Trader Joe’s Soyaki can be used for so many different things! It can be used as a glaze, marinade, dip, or sauce.

Here are some ideas for how to use your Trader Joe’s Soyaki:

You can also check out this recipe for a Trader Joe’s Teriyaki Chicken Bowl from Food is a Four Letter Word!

Made primarily of soy sauce and sugar, Trader Joe’s Soyaki is salty, sweet, and carries a distinct umami flavor. It doesn’t exactly have a kick, but it does contain ginger and garlic, so you’ll be able to taste the aromatic flavors of those spices.

Betty of BecomeBetty.com gives this sauce a solid 4-star rating: 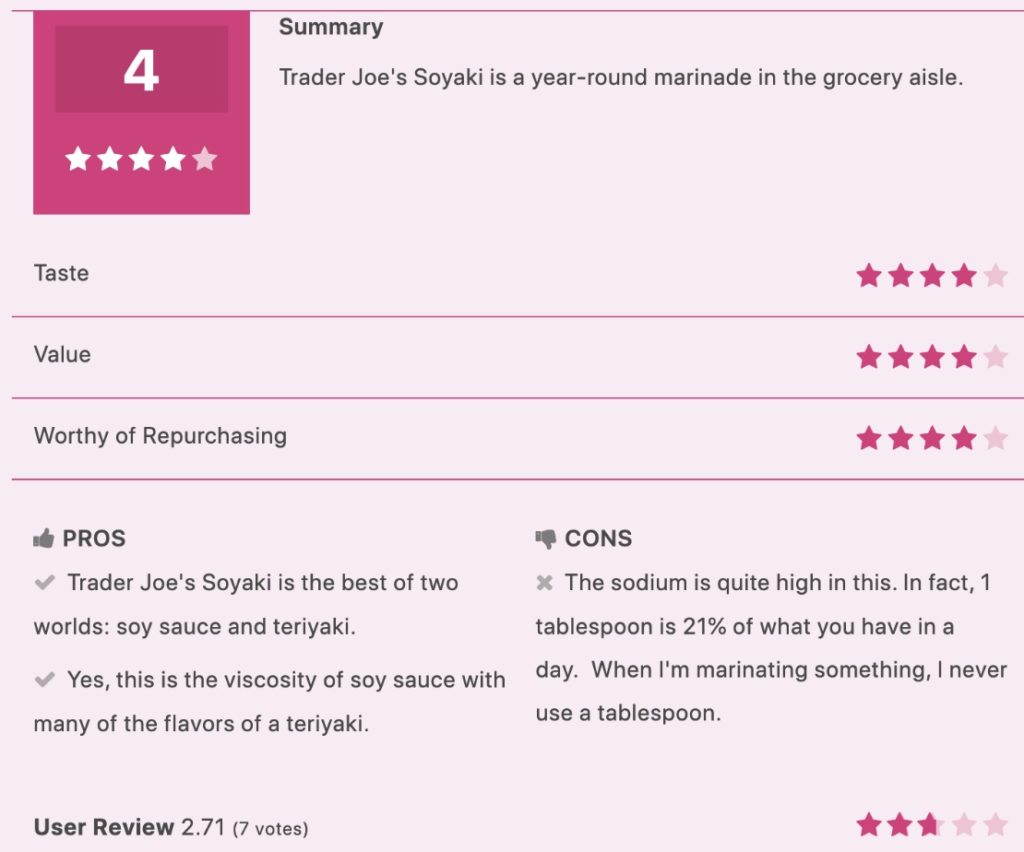 One of the users on the same site raves about Soyaki, saying that she always keeps it in her fridge and loves to use it on tofu:

Finally, here are some 5-star reviews from users who bought the sauce resale on Amazon:

Although it’s not a traditional teriyaki sauce, Trader Joe’s Soyaki is a great alternative. Salty, sweet, and savory, Soyaki is a perfect glaze for grilled meats, veggies, or tofu. Just be sure not to go overboard as it does contain quite a lot of sodium and added sugar. It can also be used as a dip, sauce, or dressing. And at under $4, it’s a steal!

Is Trader Joe’s Cheaper Than Vons?

What Salad Dressing Does Trader Joe’s Have?

Trader Joe’s Cheesecakes: Are they Worth Your Money?